The concept of competitiveness is vital to improving in any sport, even when it comes to our favorite esports, like League of Legends.

If you plan to make a career out of playing LoL or just having fun playing it, knowing where you belong in the ranking system of the game will help you evaluate and decide what steps you should take next.

It’s hard to climb up a ladder you do not see, right? That’s why we’re here to help you and explain the game’s ranking system. We’ll also give you some tips to rank up!

Twelve years have passed since the game developer Riot Games introduced us to League of Legends, and we still can’t get enough of it. Who wouldn’t love it? It’s free to play, runs on both Windows and Mac, and it gives us the adrenaline we crave more and more!

For those who are just starting to get into the game, let us brief you a little bit: 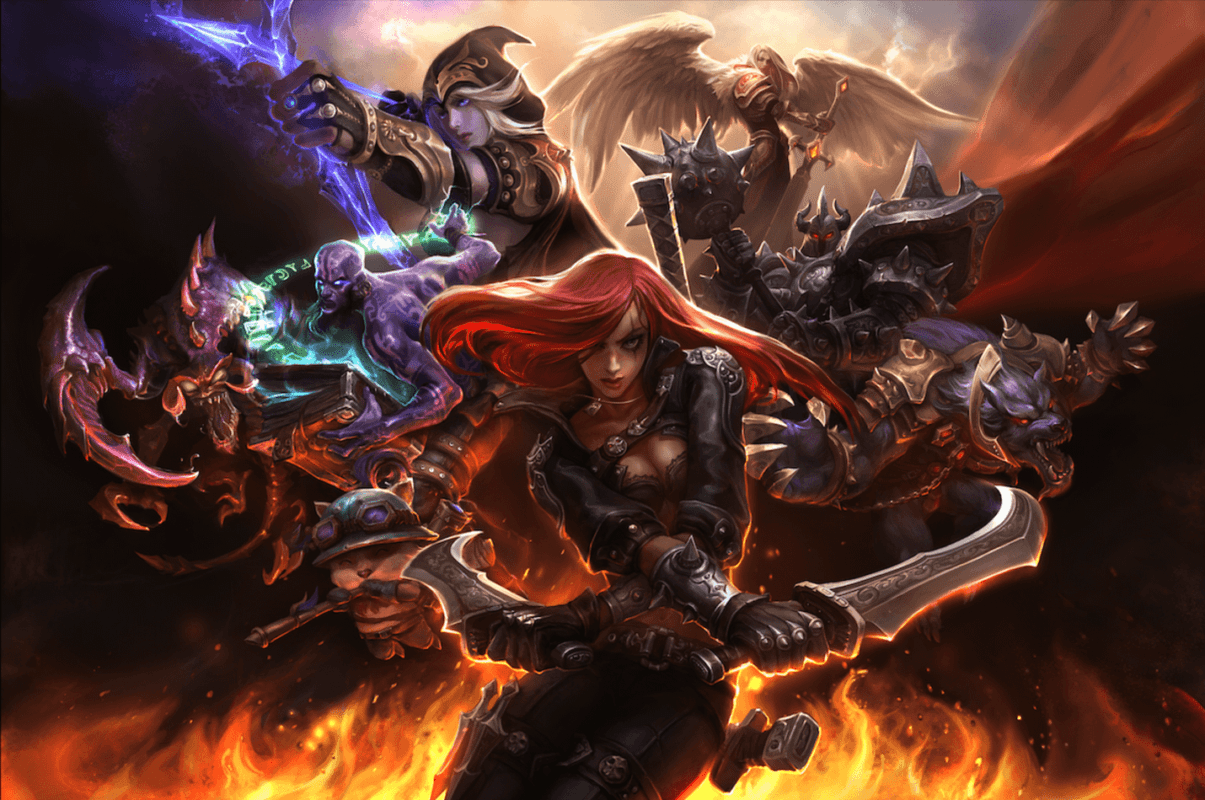 What is League of Legends?

League of Legends is a multiplayer online battle arena (MOBA) type of Esport. It is a team-based strategy game wherein two teams, each played by five champions, battle to destroy the opposing team’s base. 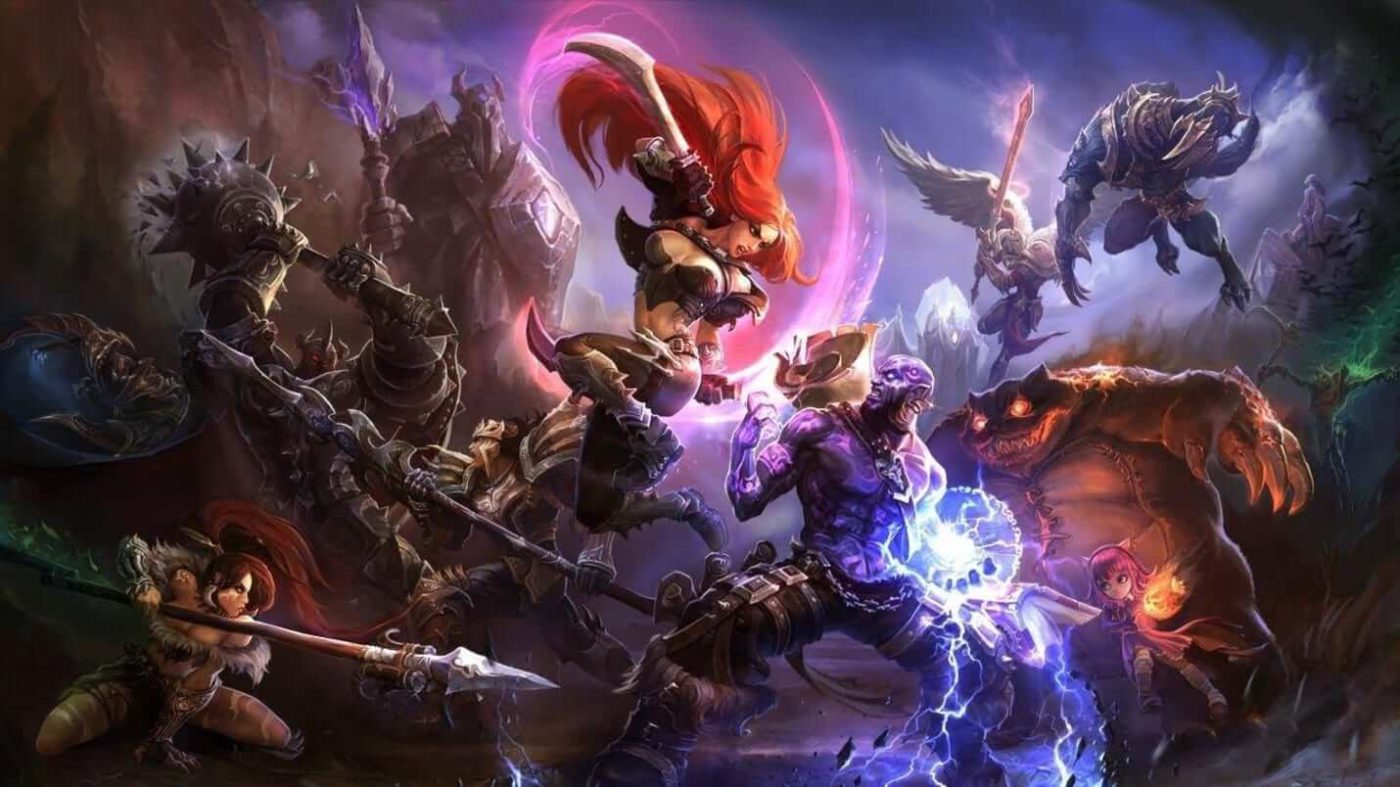 Welcome to League of Legends

Simply put, the team needs to battle and race their way to destroy the opposing team’s base (team bases are called Nexus) before the opposing team destroys theirs. It sounds simple, but it’s actually as complex as a fast-paced gameplay that involves high-level strategy.

The ranking system for League of Legends

Ranking Tiers, Divisions, and Leagues in The Game’s Ranking System

There are nine ranking tiers in League of Legends, from Iron at the bottom rank and Challenger at the top: 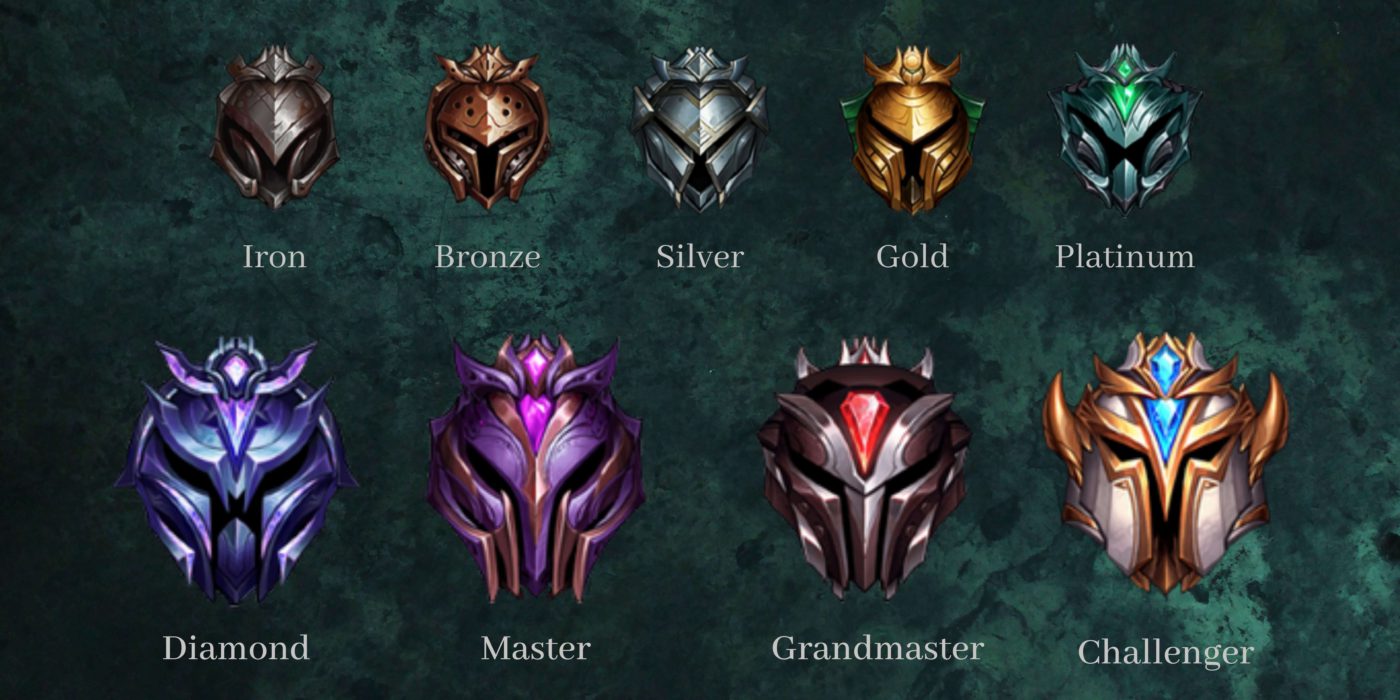 Now, each tier has four divisions within them. You start with four and rank your gameplay up to one. This exempts the top three tiers – Master, Grandmaster, and Challenger.

How Do You Rank Up in League of Legends?

Now that we are already familiar with the tier list of the game, how do we climb each division and rank?

As you play the game, you progress and pass each division and tier by collecting ‘League Points’ (LP). You can earn LP whenever your team wins a game. However, you can also lose LP when your team gets defeated!

When a player reaches 100 LP in a division, they can enter a promotion series to climb the next higher division.

These promotion series, if played within a certain tier (let’s say Silver III to Silver II), are best-of-three series. On the other hand, for promotional series where players aim to climb from one tier to the next (Silver I to Gold IV), they are best-of-five.

Sometimes, you do not have to go through each division to climb up the rank ladder. If you have a reasonable win rate, the game allows you to skip divisions so you can reach a good rank.

Now, if you are not as good as a player, or just warming yourself up (we’ve all been there!), there are risks that you can entirely lose your LP. You can eventually be demoted to the lower divisions.

Why Should I Care About My Rank in League of Legends

We’ll start by saying that you shouldn’t put as much pressure on yourself when it comes to your ranking. As long as you enjoy playing the game, there’s nothing to worry about being in a low rank.

According to LeagueofGraphs.com,  most LoL players belong to these tiers:

Only less than 1% of players belong to the Challenger tier, so don’t knock yourself up!

Although, knowing your position in the tier is an advantage because it will help you to determine which games you should participate in or join to get the chance to get to the subsequent higher division.

As most of us would know, Riot Games resets your ranking before a new season starts when we play Ranked League of Legends (this usually happens in November of each year).

This means that you will end up in a much lower tier by the start of the new season.

But, here’s the catch – you will get rewards for the new season depending on how good you did on the last. The higher your rank is, the more you can get ahead of other players in the next season.

Moreso, keeping up with a good ranking will give you a better Matchmaking Rating (MMR) which Riot Games uses to determine your skills and the worthy opponents for you (Riot Games will match you with players with close MMR level as you). This means you will have a greater chance to battle with harder opponents (which will soon make you go up the tier ladder if you win).

This is a win-win situation for Streamers as it will give the audience a better game to watch. After all, people who want to stream deserve a good game, well played.

On the other hand, being at the bottom of the rank may likely result in battles with a mixed bag of opponents – no challenge in there, right? 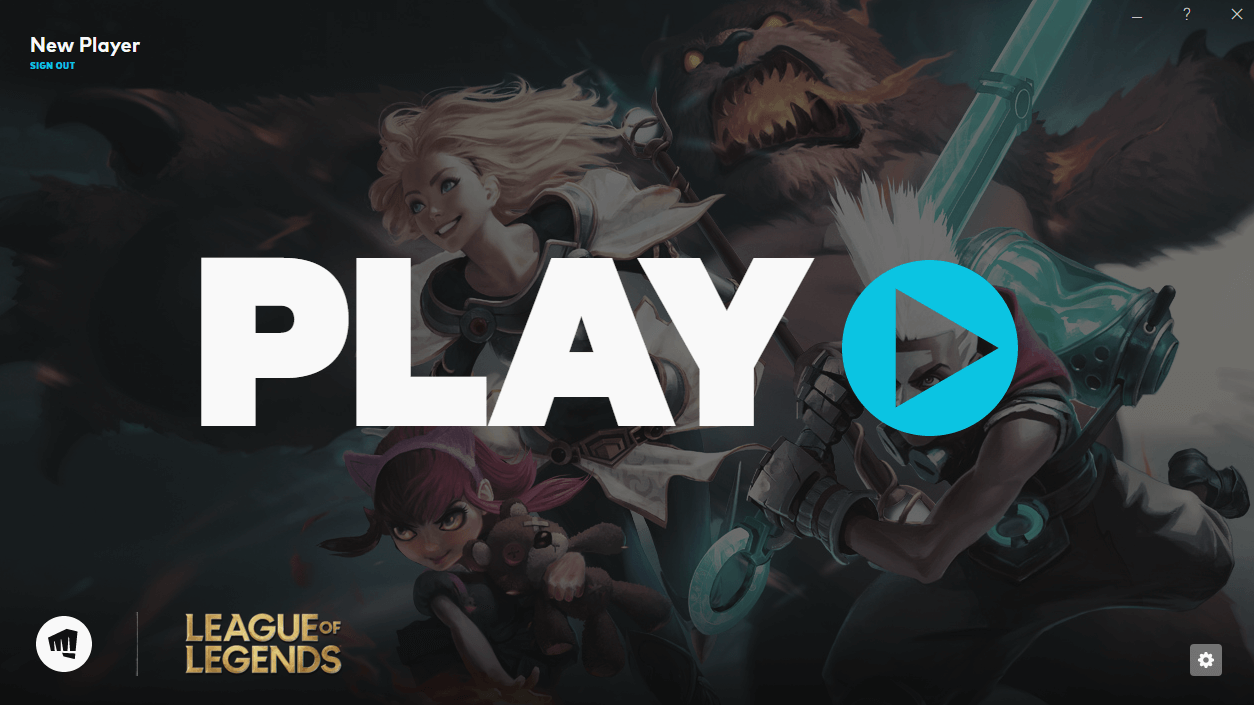 Tips To Help Me Improve My Rank in League of Legends

We really have to stress this, but practice doesn’t always make perfect. While there are some options to help you play better, ultimately more experienced players are better off. So don’t give up hope and keep practising. We believe that League of Legends Champions are not born, they are made. Here are some useful tips to make yourself a champion:

Team Up With Friends For Better Communication

As mentioned, LoL is a MOBA type of Esport and as we will explain further later, communication is important in LoL, like in any sports.

Team strategies can make or break you as a player. Remember that your rank will depend on the games you play, both won and lost. When you play with your friends, it wouldn’t only be more fun, but would also give way for a better strategy, plus a higher chance of winning and climbing the ranking tier.

Understand Your Team Structure and Pick Out Heroes of Different Classes

Who are you on the team? What role do you play? Are you a Controller, Fighter, Mage, or Marksman? You may be a Slayer, Specialist or Tank.

When it comes to LoL, this is vital. You do not step on the Summoner’s Rift without a plan. Knowing your team’s role is important to reach the opponent’s Nexus as fast as you can. Who will block which path? Who will do this or that? Who will protect? Who will fight?

Each Champion has its own strength and you need to maximize it on the battlefield. There should always be someone playing each class or else, your Nexus will surely be destroyed in no time.

Know When to Stop

As we mentioned earlier, when you keep on losing the game on promotional series, your ranking can go down. So, instead of pushing yourself to play one more game when you know that you’re not warmed up or tilted, it’s better to stop playing. Remember, some players can feel when you’re tilted and use it to their advantage.

League of Legends brings out the competitive side in most of us. As much as you work hard in getting up the ranking ladder, do not forget why you started playing, enjoy the game and have fun!