Battle Royale: Just How Addictive Are the Mechanics of the Game?

Let me paint a picture with you. For the past one or two weeks, how many hours (or days, we’re not judging here) did you spend achieving the glorious “GGWP”? Which games did you play? We bet you played at least 10 hours of battle royale-type games this week.

We’re not talking about Fortnite alone. Any game with the same gameplay mechanics or theme as Fortnite: Battle Royale is considered to fall into the Battle Royale Genre. You know, the ol’ free-for-all, “shove 50 gamers in a field and see what happens when you airdrop weapons” thing.

So, have you calculated the hours you spent destroying other players? Feeling guilty already? Don’t be! Battle Royale games are designed to be addictive, that’s what makes them unleash a level of serotonin, unlike any other game. This is why hundreds of streamers and gamers made a professional career from playing them.

In this article, we’ll dissect the factors that make Battle Royale gameplays addictive.

Don’t worry! You’re not lining the pockets of those unworthy, developers work hard to bring out games like Apex Legends, Fortnite, and PUBG; you downloaded (most of) them for free and are playing them for free! It is undeniable how addictive these games are as they are making huge amounts of revenue through in-app purchases.

The genre rose in popularity in 2017, and battle royale games already made US$1.7 billion within the first 12 months! 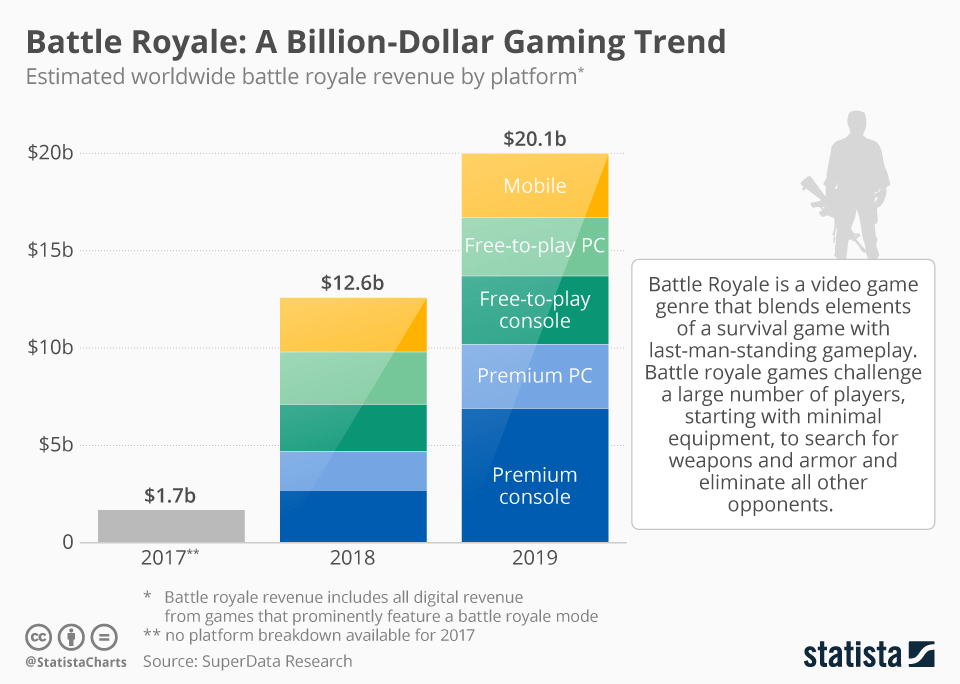 Looking at the statistics for this year, there is no argument about how Battle Royale took over the whole world. According to an article published on SensorTower.com (these guys are the pros that study the global app economy), the Battle Royale market accumulated $1.3 billion in this year’s first quarter alone.

The Concept of Battle Royale Games

With hundreds of games with the same genre in the app market, battle royale games share the same general concept and mechanics. Even after being developed and improved daily, these games still have the same rules that we are all familiar with.

You may wonder, ‘why do these games give a similar feeling when I play them?’. That’s simply because they have the same backbone – let’s look through its history and concept, shall we?

There is no specific study that proves it, but it is widely believed in the gaming community that Battle Royale games are inspired by the Japanese film with the same title. It was released in the year 2000 and tells the story of 42 Japanese high school students who were sent to an island where they had to fight and kill each other in order to survive. 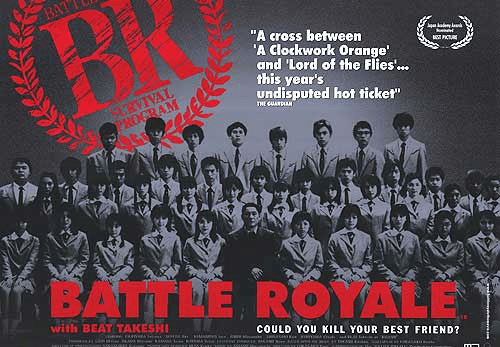 Does the story sound familiar to you? Well, you probably have read or watched The Hunger Games, which was inspired by the film as well. This is how Battle Royale games are born. The fan-made Hunger Games mode (later renamed Survival Game) quickly rose to fame, and the rest is history.

Battle Royale games have a common end goal: To be the last player or team alive by eliminating all opponents. The game may be played by many individual players, from a handful to sometimes hundreds, by teams of two, or by small squads.

The battle starts when all the players are introduced to large map space, typically by skydiving from a large aircraft. Depending on the game, the players may or may not have control as to where they land on the map.

At the start, players are equipped with the same weapon (commonly an axe), which means no one has an advantage over another. Tools, weapons, and other items for survival are scattered around the map. Players then need to look for these items and collect them while protecting themselves and killing other opponents in the process.

As some games progress, the map may shrink, forcing each player to move closer together. Players will also need to take advantage of the structures in the map such as buildings, trees, and bushes to be able to hide from other visible opponents and to take them down at their surprise.

The game ends when there is only one player or team remaining.

Why are Battle Royal Games So Addicting?

Why are millions of people willing to devote their time, even money to play a character on their screen? Video games, in general, are designed to be addicting, but the genre of battle royale games has a distinct set of factors that makes all of us hooked.

What Happens to Us When We Play?

Each time we play a battle royale game, like Fortnite or PUBG, we play a character and we put ourselves in their shoes. So, how would we feel if we know that there are 99 other players whose goal is to eliminate our character?

According to Sciencing.com, fast-paced games, such as battle royale games, trigger our brain’s fight or flight response. As our hearts start racing, our bodies will start to release hormones like adrenaline. When we win the game, our body releases dopamine, which makes us feel good! Cognitive enhancement has also been shown in some government studies alongside others that contradict it – but we can’t argue when we improve our win rates!

There are a lot of things that can happen where you are in the battlegrounds. How long can you stay alive? No one knows for sure. There is such a thrill in knowing that you are battling with another human being and not with a computer.

You never know when there’s another player targeting you, hiding and waiting for the perfect second to pull the trigger. As you reach the lucky item, there can be another opponent on its way to reaching it too.

We can say that you cannot experience the same gameplay twice, unlike other video games where you can do the same mission as often as you like. That’s the beauty of Battle Royale games!

One of the main reasons why battle royale games are popular is because you can play them everywhere, no matter the gaming platform you have, may it be consoles, your PC, and the handiest of all your mobile phones.

What’s more, most of the battle royale games out there are free to play, so there really is no excuse for not playing.

Just a few years since the rise of Battle Royale games, there have already been major updates in the games’ visuals and designs. Maps have evolved and have been more detailed, with more structures and variations of areas.

The gameplay experience is very smooth and almost like eye candy. Running, shooting, and killing in the game feels very satisfying to do.

Your character represents you in the game, and so when we have a chance to change their appearance, we go crazy. Most battle royale games let us choose between skins that our characters will carry through the game.

How can we rank the top battle royale games? A good measure is how often they are streamed and watched. Here’s a breakdown of the top 5 Battle Royale Games based on Twitch and Youtube view hours for the past seven days. The data below is driven from gamesight.io. 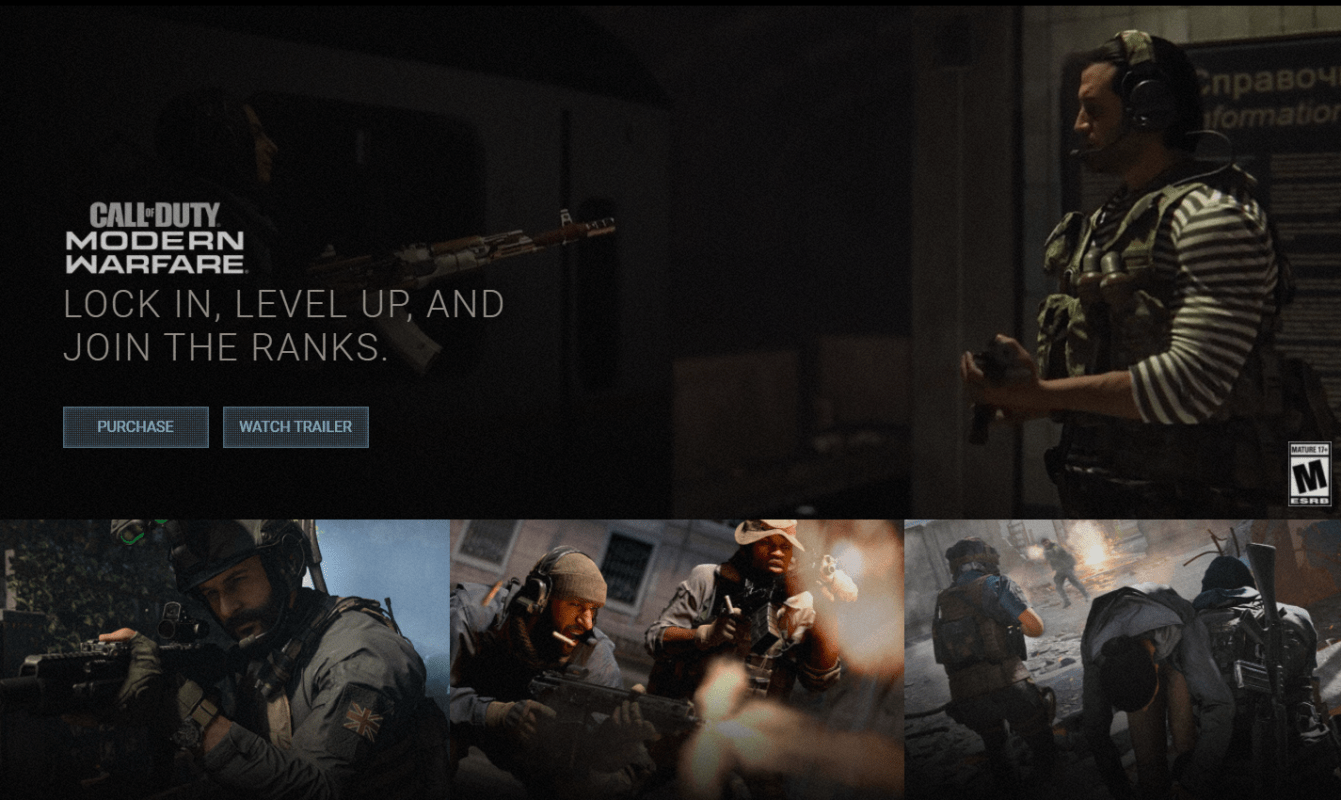 Topping our list is the sixteenth installment in the Call of Duty Series, Modern Warfare was released in 2019. It has accumulated a total of 24,672,628 total hours viewed and was streamed for 820,678 hours. 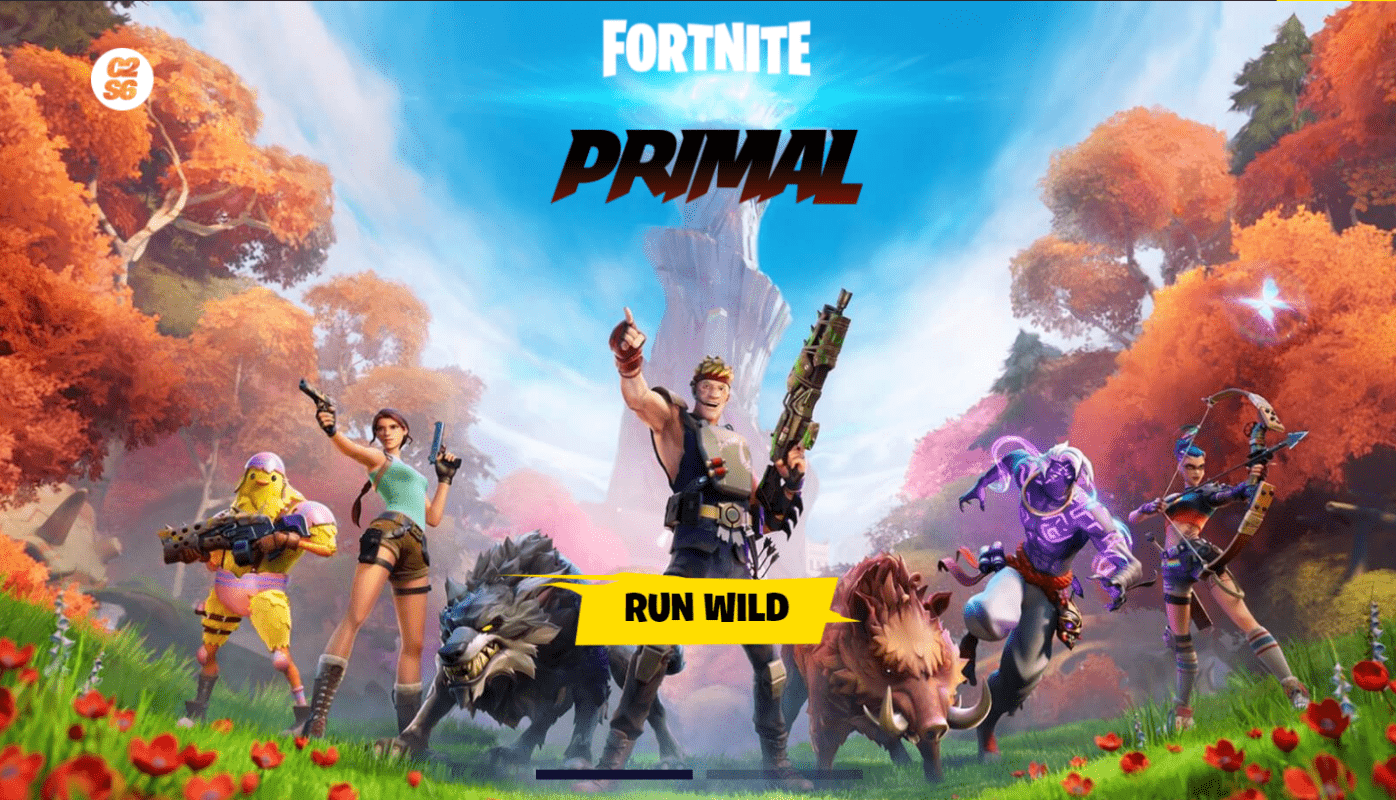 Fortnite comes really close to Call of Duty, as it was watched for 23,511,255. This comes as no surprise as the popularity of Fortnite is still apparent worldwide. Just last year, the official Fortnite Twitter account tweeted that the game had reached 350 million players. 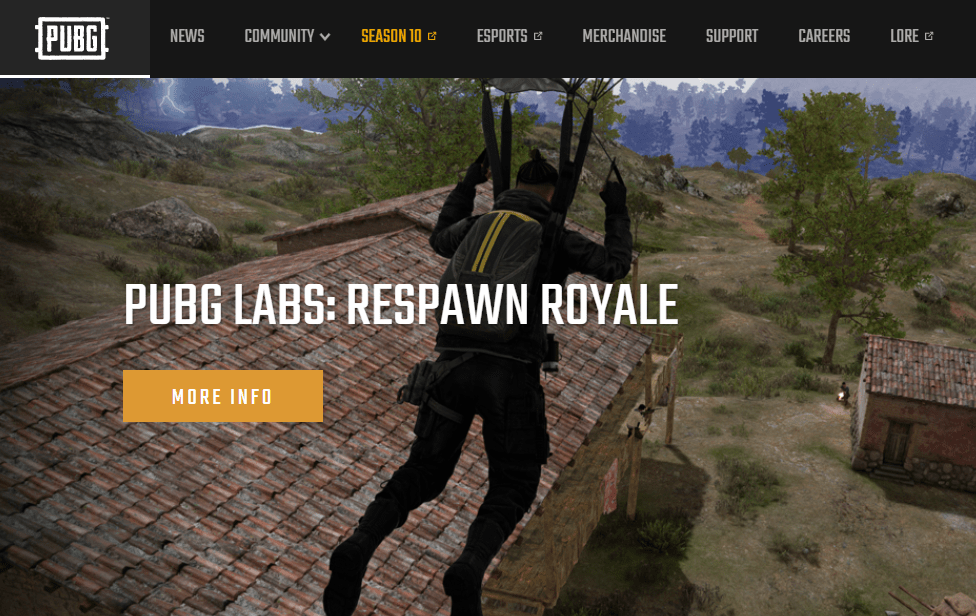 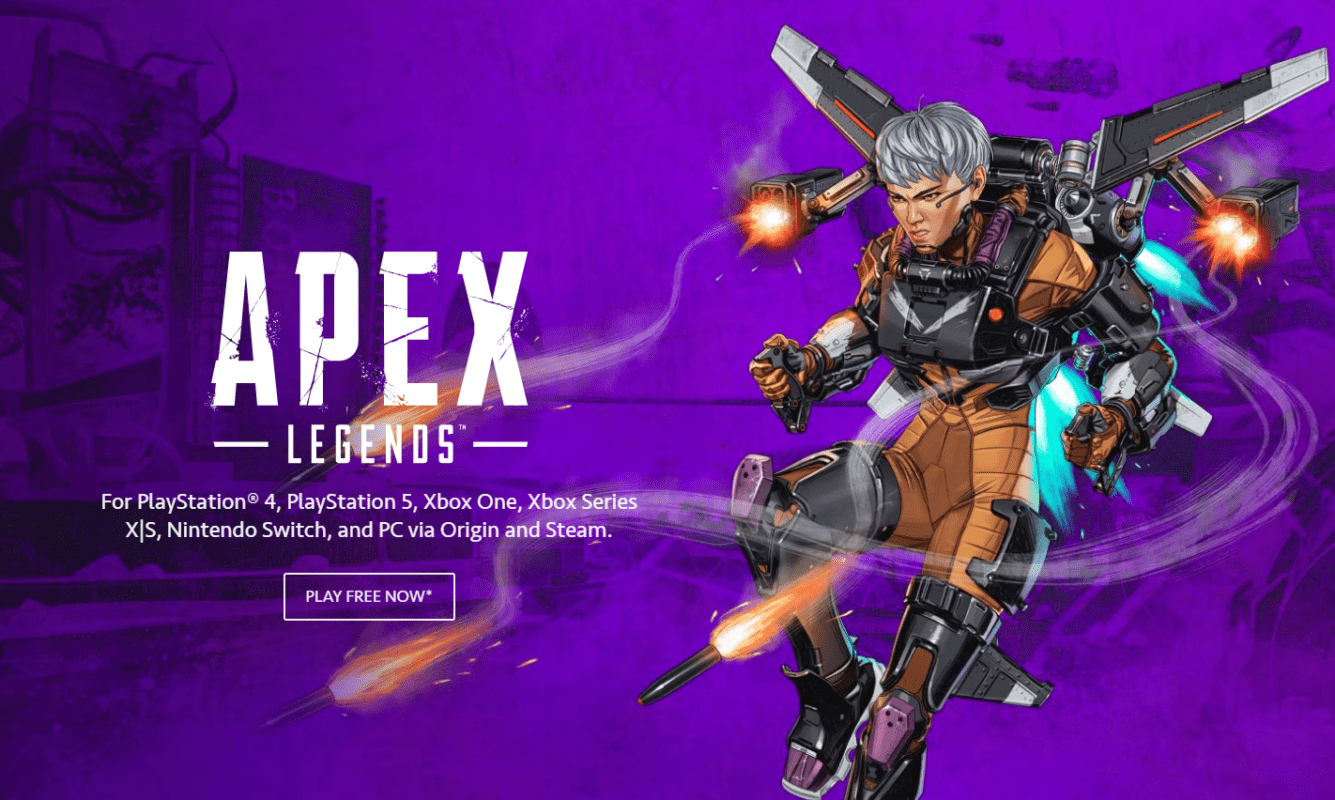 With 17,903,565 hours watched this week, there is no argument about Apex Legends being one of the most addictive battle royale games to play and watch. The intense gunfights and quick sprints in the mountainous terrains will make you play one round after another. 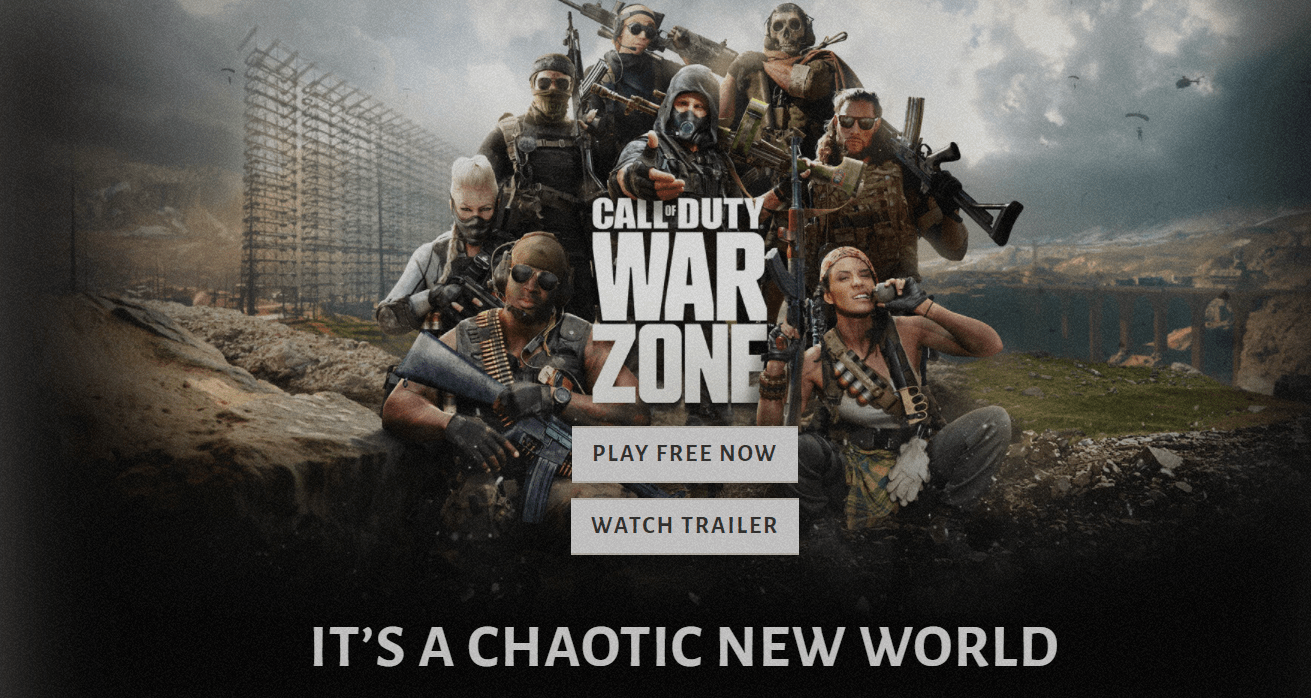 Infinity Wizard and Raven Software did a good job of developing Cal of Duty mods, as this installment, which was released in 2020, has surpassed other battle royale games on our list. It hit a total of 16,202,147 views this week and was streamed for 3,886,156 hours.

As we mentioned, battle royale games are designed to be addictive, but it does not mean we should give up more important things in our life to play them. Plus, there are other video game genres out there to discover and enjoy.

Be sure to check on yourself every now and then if you find yourself addicted to these games, and try to revert to reality and enjoy life as it comes.