Do you remember the first deck of Pokemon cards you ever got? The excitement you had in opening that sealed pack, then browsing through a set of colorful cards, excited to bring it to school the following day?

How would you feel if you discover that deck in the same exact condition ten years after?

Trading cards really brought a lot of thrill and excitement to our lives back then. But for a select number of people, keeping the condition of these cards over time was their vision. Why? Is it to earn an enormous amount of money by selling them? To keep a beautiful memory? For passion?

Whatever the reason is, if you happen to have what you think is a rare or well-preserved Pokemon card, it’s best to get them traded immediately.

To help you with this journey, we’ll explain the basics of Pokemon Card Grading. 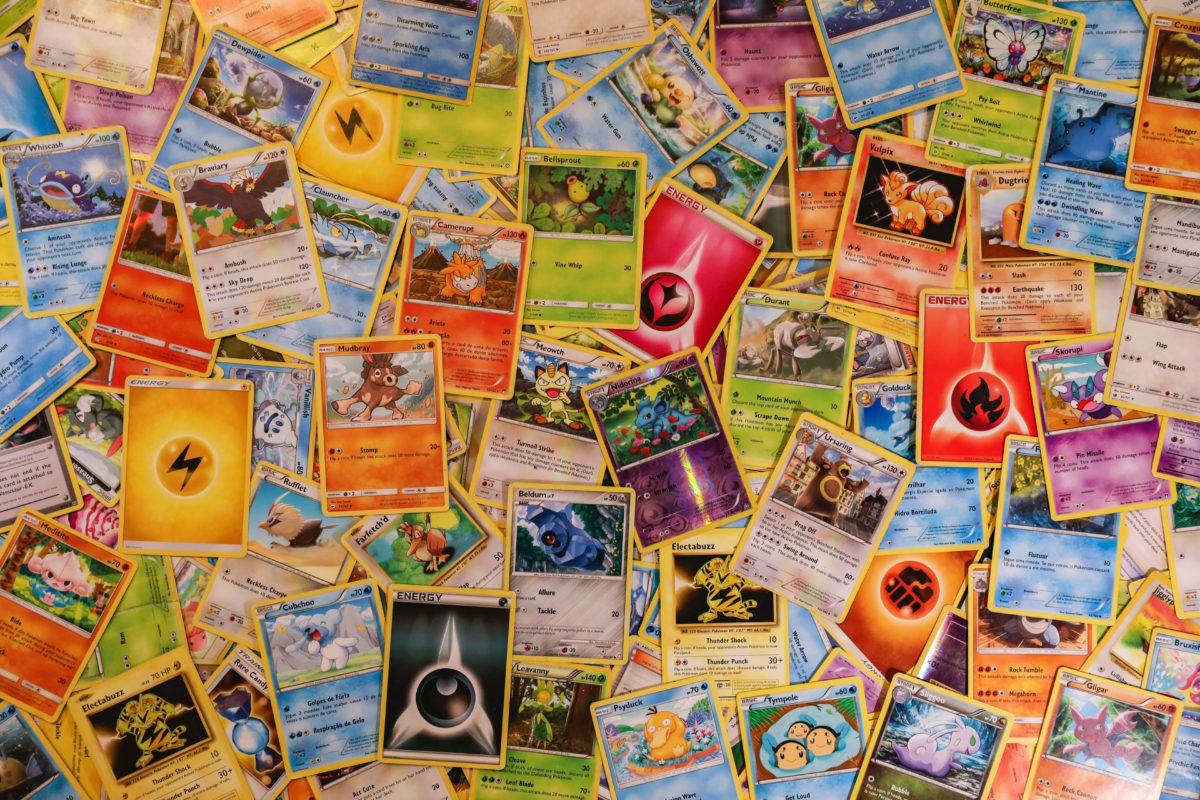 Why should you get your cards graded?

However, this is not the case for every old Pokemon card out there. Although you can check the condition yourself, you still won’t be able to sell it at a good price unless it’s been verified by an authority.

Just ask yourself, would you take the risk of buying jewelry from someone claiming it to be 24 karats, or would you rather go to an authorized, well-known jewelry shop?

Having your cards graded by respectful card grading companies lets you know what your card’s exact worth is. So, there is no chance of underselling your card. That right there is enough reason to get your cards sent to the companies we’ll mention later.

So, if you’ve kept your Pokemon cards in good condition, it’s time to get them out of your cabinet and have them graded!

Where should I get my cards graded?

Currently, three official card grading companies are trusted by card collectors worldwide. They are Beckett Grading Services (BGS), Certified Guaranty Company (CGC), and Professional Sports Authenticator (PSA). Having your cards graded by any of these companies would give your card a seal of legitimacy that can drive up its resale price.

How will my cards be graded?

Each of these card grading companies has its own grading scores and sub-grades or qualifiers. And although their ratings are almost the same, each one would still hold different values in the marketplace.

Meaning, a GEM-MT 10 Charizard graded by PSA would sell higher than a Pristine 10 Charizard from CGC. This is because PSA is the more trusted and reputable grading company between the two.

But, In a nutshell, your Pokemon cards will be graded on a scale of 1 to 10. 1 being the lowest card grade you can receive. 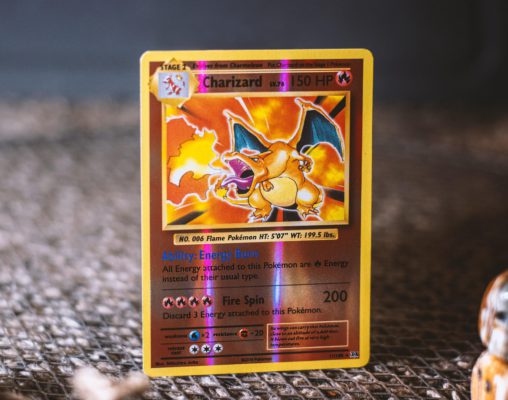 Below are the things card graders would evaluate when you give your card for grading:

When grading Pokemon cards, the condition of the card’s surface is the most important. Graders would put your card under a microscope (literally), to find micro-tears, scratches, stains, and any other visual defects on your card.

If you have Pokemon cards with large tears or scratches, there’s almost no use in having them graded because these would greatly depreciate the value of your cards, making it a waste of money.

The next thing that will be evaluated will be the edges and corners of your card. They’ll be looking at whitening, which is an indicator of frequency and usage.

High-value cards would have minimal to no whitening on the edges and will maintain a sharper edge compared to cards that have been played a lot.

For most card collectors, edges and corners aren’t as important as the surface and the card itself. But for purists, having a flawless card means a lot.

Lastly, the graders will be evaluating the print and cutting quality from the manufacturer. Although this is something out of your control, it’s still important in determining the value of your Pokemon cards.

They’ll be evaluating how good the print quality is and if there are any printing defects like off-centered images, out-of-focus pictures, etc. Moreover, they’ll be looking at whether or not the borders of your card are even and if your card is printed dead-center.

If you have cards with manufacturing defects, don’t expect to get a high grade, even if you took good care of them.

Beckett Grading Services (BGS) was established as a card collecting pricing guide. However, in 2001, they started their grading services. Although they are best-known for MTG card grading, most Pokemon card collectors still consider a BGS 10 as the gold standard in card collecting.

On their website, BGS claims to offer a simple grading scale. Like mentioned, they use a 1 to 10-point grading scale, with descending increments of one-half point.

What makes BGS stand out from other card grading companies? Well, they offer a much detailed report card compared to PSA and CGC. At a glance, you’ll know the subgrades of your cards.

There are four categories that determine your card’s overall grade – centering, corners, edges, and surface.

Let’s quickly look at their example below:

The reason that this card received an 8.5 is that even though the Surface grade was an 8 (the lowest grade overall), the 9.5 grades on Centering and Corners were strong enough to bring it up a full point to reach the 8.5 level. 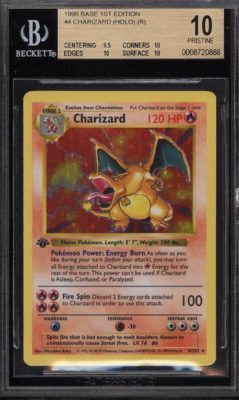 Most Pokemon card collectors would say that BGS is the most accessible and affordable choice for them – which is true. However, this grading system shows us that the company still keeps its integrity in meticulously grading your cards.

In fact, they gave us a sneak peek and a walk-through of their process, which you can read here. 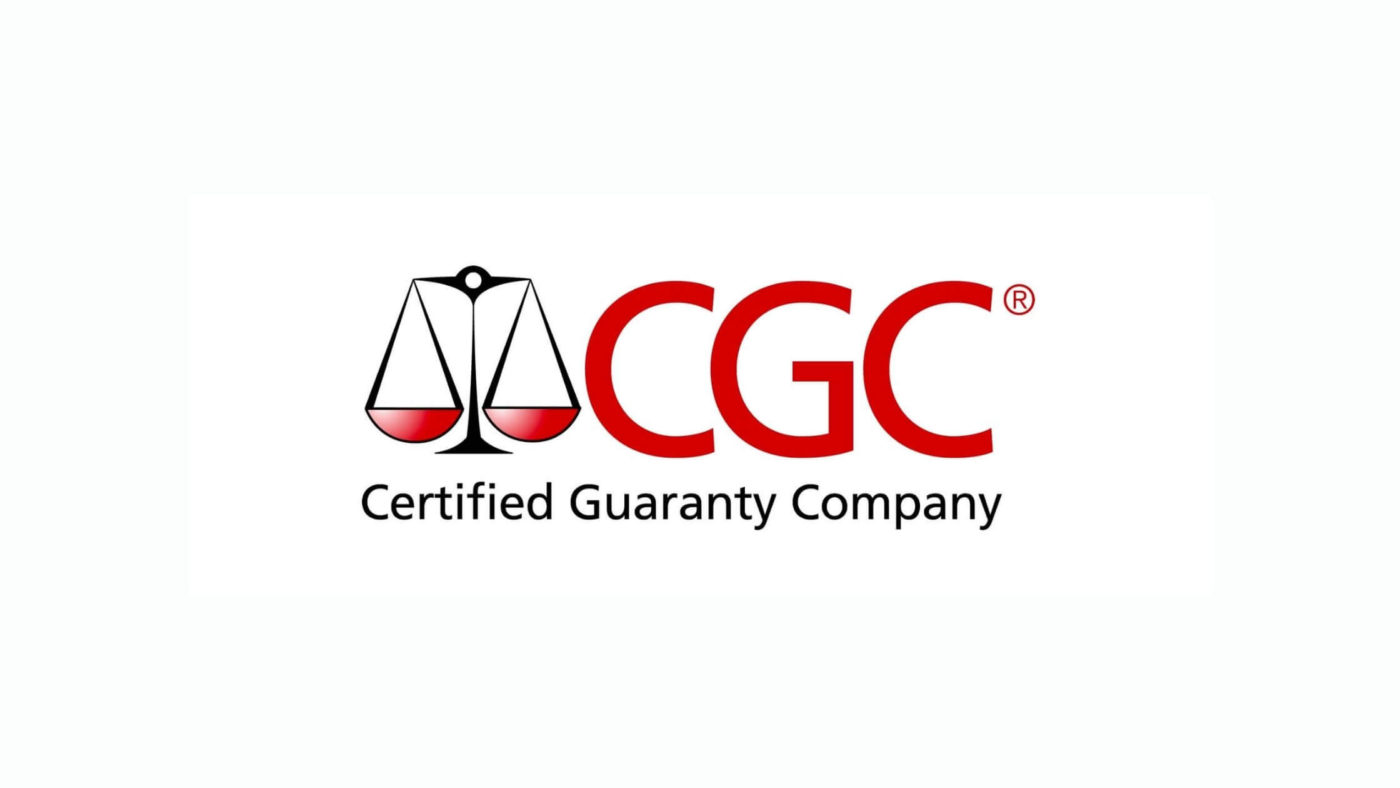 Certified Guaranty Company (CGC) is the youngest among the three card grading companies. Although they’ve been around for almost as long as the two other companies, they started as a comic book grading company and it was only in 2020 where they started grading trading cards.

Even if they are young in the card grading game, collectors believe that they follow stringent standards that make them reputable. Like BGS, they also provide sub-grades for your Pokemon cards. And, to ensure impartiality, CGC Trading Cards graders are prohibited from buying and selling collectibles commercially!

CGS is more transparent when it comes to its standard grading scale: 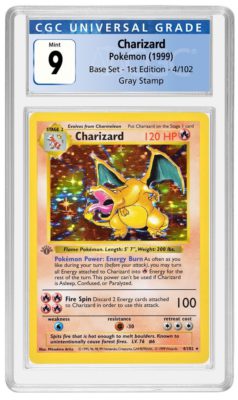 There is no wonder why CGC gained the trust of many Pokemon card collectors in a short period of time. Their insanely detailed and specific grading scale lets no room for error and produces a grade that truly matches the card. 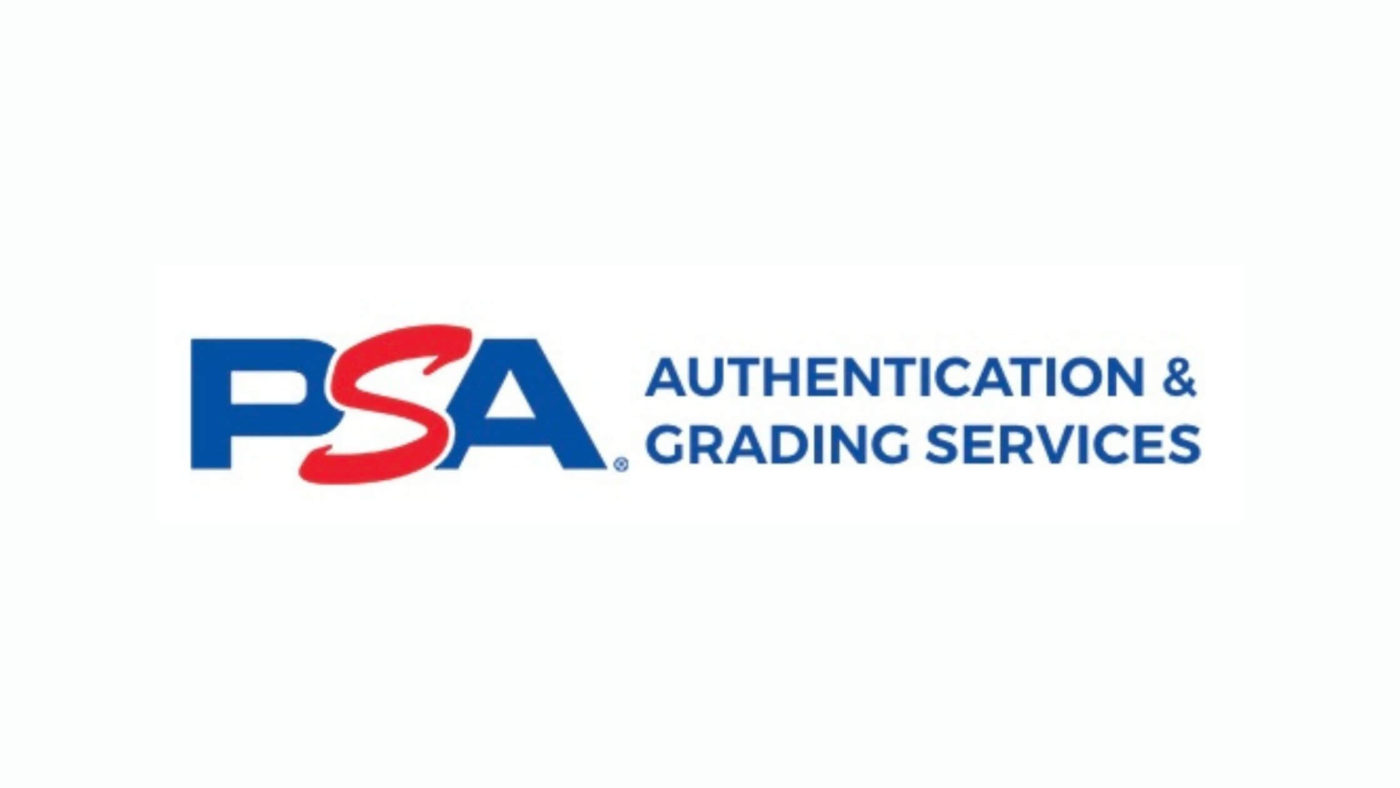 Professional Sports Authenticator (PSA) sits atop the card grading ladder. They are the choice grader for most collectors of cards – especially Pokemon collectors.

However, with the reignited popularity of Pokemon cards last 2020, their servicing has slowed down, and getting your cards graded will take months to be completed. They are also the most expensive grader among the 3 options.

If this is MasterChef, then PSA is Gordon Ramsay, and having a GEM-MT 10 card means cooking the most tender, juiciest, and most flavourful Kobe steak, with a side of caviar and truffle sauce. 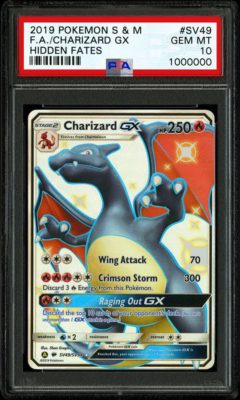 So, how strict is PSA really? Their website is very transparent when it comes to their grading standards, but let us sum it up for you!

The Toughest of Them All

Here’s the truth – every collector in this world has his own ‘most trusted’ card grader. The companies mentioned above have a great reputation when it comes to grading Pokemon cards, but at the end of the day, PSA is the King. They are the Oscar award that every card collectors aim to get one day.

Let’s put it this way: CGC gives 10s out like candy while PSA 10s are extremely hard to get. This makes a card with a PSA rating of 9 more valuable than a CGC 10. However, recent forums tell us that Becket (BGS) is stepping up their grading game, placing it at the middle of the grading ladder.

To give you an idea of how strict PSA is, let’s look at their Pop Report for Trading Card Games (where Pokemon cards belong) 20 years after the release of the first Pokemon card:

So, even if it seems that PSA, CGC, and BGS have similar grading systems (as they do), it does not mean that their mint cards are equivalent in the trading world. 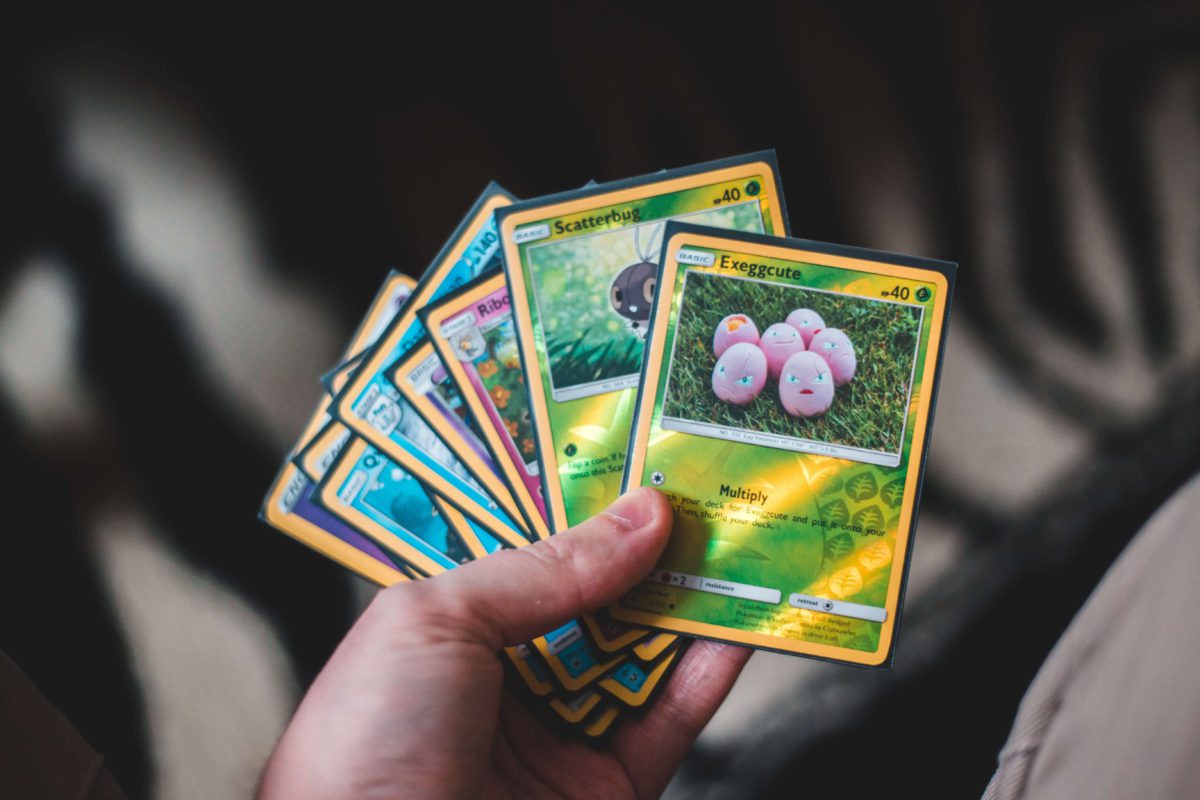 What should I do before sending them over?

Before you send out your Pokemon cards to any grading company, here are the things you should do:

As a Pokemon card enthusiast, you should know which cards are rare and which cards are common. But if you’ve forgotten which are which, then you should research first which cards might have value. This would help you limit the amount you’ll spend on having your cards graded.

Do a preliminary examination of your cards and check if they’re in good enough condition to be graded. The last thing you want to do is to spend money on having a damaged card graded, only to find out it doesn’t have any value. For this, it’s best if you’ll get a jeweler’s loupe or a magnifying glass and a good lamp, to help you conduct a deeper examination of your cards.

✅ Take HD photos of your cards

For your safety, make sure you take a high-definition photo of your cards and keep it as a reference once your cards are graded and returned. This would be your insurance policy if something goes wrong during the card grading process.

Now that you know more about card grading, would you have your beloved Pokemon cards graded and sold, or would you rather keep them in the album where you kept them for the longest time?