It comes as no surprise that with the merger of Facebook and Mixer, that thousands of streamers have ported across to the social media giant. According to StreamElements, growth has been exponential for Facebook Gaming.

For those looking to monetize their streams beyond the highly competitive Twitch and YouTube platforms, we expect Facebook Gaming to absorb a greater market share as the native streaming integration with their dominating user count of 1.62 billion.

The real question for streamers aspiring to take a full time professional esports career online remains the same though – what is the best game to stream on Facebook?

Other than Fortnite, is there anything else worth venturing to grow your stream? The answer – yes, absolutely yes. We’ve researched the top games on Facebook that elevate to the top of the Most Popular charts based on Facebook’s own algorithm.

Here are the best games to stream on Facebook in 2021:

Player Unknown’s Battlegrounds Mobile is an instant classic, adapting from the PC version to mobile devices. With players on the android and iOS, it’s easy to understand why the game dominates with 11.7 million followers.

It’s easy enough to see when compared with Twitch, which currently only has 5M Followers.

What makes PUBG Mobile flexible in terms of popularity, is the quality of gameplay, graphics and streamer personalities. The more streamers: the better the content, the greater the numbers in viewership. 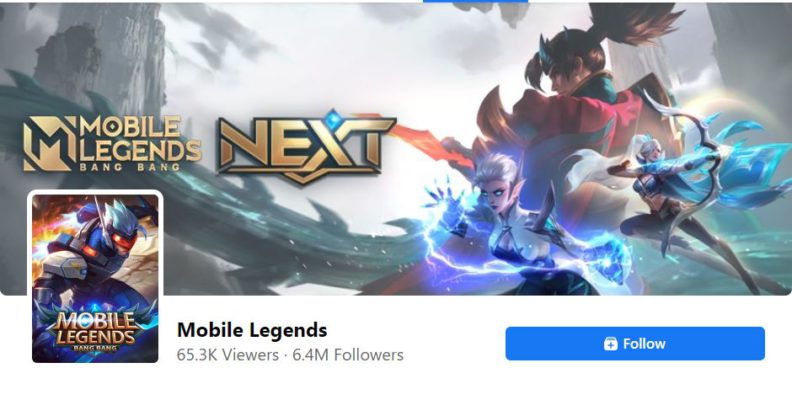 A fan favorite internationally, with a strong following in asia, Mobile Legends banks on the traditional DOTA2 setup with an MMO 5v5 map control strategy gameplay. Just like what we mentioned earlier with PUBG Mobile, 2020 is the year for mobile gamers adopting Tencent game titles as part of their stream.

A strong trend we’re seeing across the Most Popular Facebook Games is the simple structure for mega-multiplayer online which gives streamers the opportunity to engage, compete and cooperate with their audiences in real time gameplay.

The real benefit here is the long-standing development of the game, which increases the lifespan of the game title in streams. This allows streamers to be more consistent and grow with their audience on a single platform, in a single game. 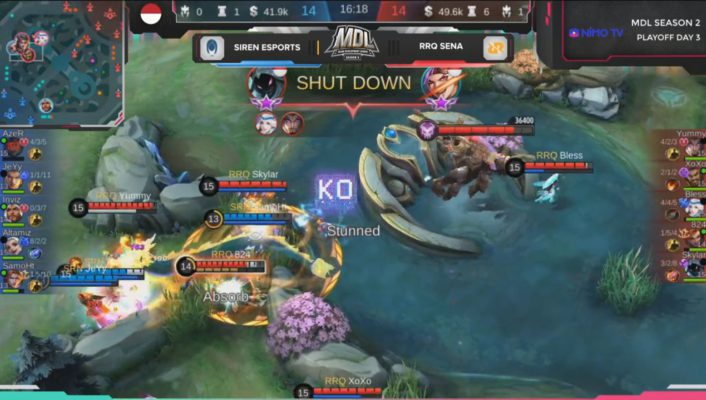 Following the same trend, is League of Legends with a following of 2.2 million followers. Depending on your hardware setup, you can opt to stream Mobile Legends on a budget.

When Playstation 4 launched, Grand Theft Auto V was the pinnacle of game titles. Published by Rockstar, originally on the Playstation 3, GTA V was the godsent child that evolved consoles from at home TV binge devices, to networked devices that was Sony’s “Hail Mary” for the share button. 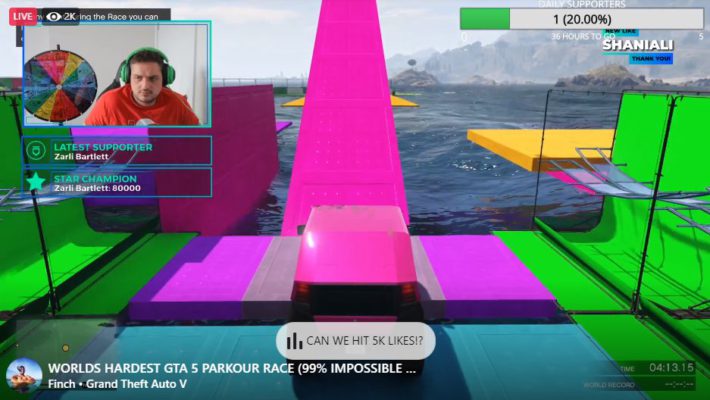 With the native GTA Online baked into the game, the trend quickly migrated to offline modes, with the adaptation of hacks, mods and more being streamed online in this open world madness.

As most streamers would have expected this game to fall out in it’s half life, a quick move from Epic Games gave new streamers the opportunity to play – for free. Relaunching GTA V to it’s rightful spot in streaming. Current popular streamers include @finchling known for his quirky 99% IMPOSSIBLE parkour races in the GTA V open world system.

Quite literally the game that breaks friendships, Among Us quickly rose to fame just as the pandemic came about. Giving friends the opportunity to band together while in quarantine, Among Us is a multiplayer soiree where friends solve puzzles in outer space, fight for survival and discover who amongst them is not all that they seem to be. Imposters run about amongst the team, devilishly plotting kills.

Developed by Innersloth, this lo-fi online game is addictive in it’s gameplay and for it’s speed of rounds, thus giving ample opportunities for streamers to bring out their personality – both good and evil. Keeping streams shorter, sweeter and with more fun-filled action, means content generation is easier than compared to titles like Call of Duty or Grand Theft Auto V. 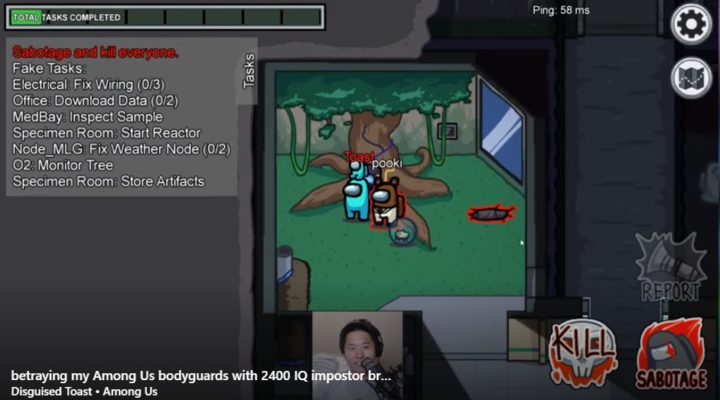 In just a few short months, Among Us has grown to nearly half a million followers on Facebook Gaming. The real question remains “Who is the imposter?”

Developed by Riot Games, Valorant is the most highly anticipated game of the year, raising the bar when it comes to streaming gameplay online.

With just a 400,800+ following on Facebook Gaming, the majority of streamers are presently showcasing via Twitch, evident in the 6.4 million followers with over 10X greater viewership on average.

This makes Valorant the perfect candidate to start streaming thanks to the new age status and achieving greater gameplay performance means you start on an equalized playing field when compared with the alumni from similar titles such as Overwatch and Team Fortress.

Growing with the game, we expect Valorant to expand exponentially as a free-to-play multiplayer FPS. Combining the quantity of players, familiar playstyle, enhanced graphics and public response, it’s only a matter of time until a pro-league is released specifically for Valorant, the same growth we witnessed with other titles like Overwatch and League of Legends. 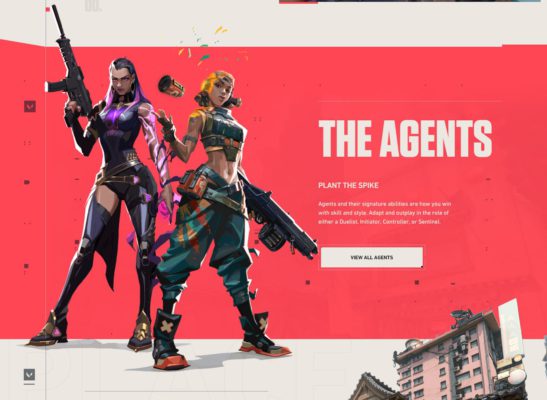 The benefit of running streams with MMO FPS titles like Valorant is the ability to converse about more than just your character selection. Content capabilities include strategy, team composition, gameplay tactics, character development, map advantages, counters and a limitless supply of player comparisons. 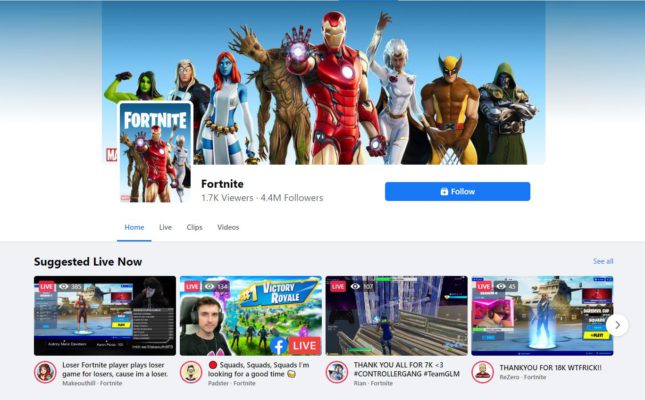 WIth that being said, we have seen Fortnite slowly dripping down the Most Popular category, being beaten by smaller, newer titles like Among Us and Valorant.

What streamers need to be weary of, is reviewing the Suggested Live Now streamers in comparison. A visual guide of knowing only a few hundred rather than the thousands of viewers gives us a glimpse of the aftermath of content farming. When we compare the numbers, it’s looking grim for the title. With an active 1700 viewers, and an accumulation of 671 viewers from just the top 4 suggestion live now sessions, pickings are getting slim Jim.

Most streamers have adapted and consumed the available conversations and ice breakers of Fortnite, making this a challenge for newbie streamers due to a lack of fresh content, and the required PC build to run at streamworthy quality.

As an alternative, check our Free Fire – Battlegrounds. A growing viewership, off the same playstyle. We suspect the majority of viewers are migrating with new titles.

So What Do You Stream To Grow Your Audience?

At the end of the day, it’s really up to you. If we’re taking the pseudo-scientific approach for determining which game to stream based on popularity, we have to consider whatever data we can get from viewerships in suggested live now sessions, and the overall followers of the titles.

What surprises us the most about streaming games on Facebook in 2021 is this: your gaming hardware doesn’t contribute much to the decision making of your potential stream. Mobile Legends, Among Us, PUBG Mobile are all handheld Android/iOS titles that don’t require much else than a decent microphone, webcam and OBS.

Even for PC, Valorant takes the cake with flexible PC hardware requirements for decent gameplay, and with Genshin Impact’s cross-platform capabilities around the corner, we’re anticipating that to be up and coming on Facebook’s Most Popular titles soon.